Bill Clinton was president. I’m not sure if he had smoked the cigar with Monica yet, but I was 18 years old and so eager to finally do it! I waited all through high school, knowing my turn would soon come along.

I was so naive back then. I actually believed Rush Limbaugh was of impeccable character. But hey, we all make mistakes. When the day finally came for my first time, it wasn’t even a Presidential election year, but I still remember it so vividly. I had butterflies in my stomach. I stood in line with my little blue card. When the moment came, I punched my ticket and then that night, I sat with my parents like a grown-up waiting to hear the results. The Republicans won control of the house for the first time since 1954, and they took the Senate majority for the first time since 1986. I knew then my love for history and politics was forever going to be a part of me!

One thing I learned from being a fiery young debater was that there are always different sides to every issue, and that truth lies within each one. I don’t believe in telling you to pick the man I picked for the job, but I do believe in telling you this: it’s your job to get out there and help decide. (And it’s also your job to do a little digging before you pick the commercial you like best!)

131.3 million people voted for President in 2008. Phillip Phillips got 132 million votes during the Idol finale and that was on one of their lowest rated shows in years. Honestly what is more important? Sure, he’s one hot guitar player and I’d watch him all night long if I were at his show, but what I’m really worried about is how to get through the worst economy I can remember.  I have an opinion on immigration and abortion and federal aid to foreign countries, unemployment, welfare, Medicare, and gas prices. No one candidate fits all of my ideals, but I took the time to get out there and pick the one who comes the closest.

I wish we could run this country like a happy ending to a Hollywood movie, where the people band together and make a change! Like in the movie “Dave”, when they all sit down and strip it back until the budget is balanced and the job is done, that’s what we need! There’s only one reason it can’t happen that way, and that’s because too many of us are sitting on the couch, playing armchair quarterback, leaving the game for someone else to play…

Many people sacrificed their very lives so that we can live under a Bill of Rights. From our founding fathers, to our military, to the women who campaigned endlessly for women’s suffrage and those who fought for Civil Rights, and I do not take their actions for granted. Today, I dedicate my vote to Alice Paul, a leader in the women’s suffrage movement. I had forgotten all about Alice, but I once wrote a paper about her for my Women’s studies class at U of H. I remember reading that people tried to call her crazy for her actions, when really she was quite brave for standing up for what she knew was right. I’m so glad a fellow blogger reminded me of that class (read her post about her daughter’s first trip to the poles). Alice was a hero for all women. She was tied to a chair and force fed slop infested with worms and tortured for weeks so that one day I could just check a box and say “yes, I would like to register to vote.” Nobody even cared that I was a woman when I got my registration card, and young girls all over this country have no idea that there was a time when they were deemed inferior. For that, we should all say: “Thanks, Alice!”

To Alice and all the other brave trail blazers who brought us the right to choose, this vote’s for you!

3 thoughts on “My first time…” 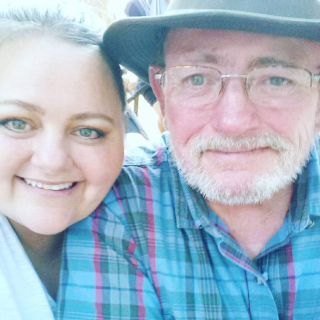